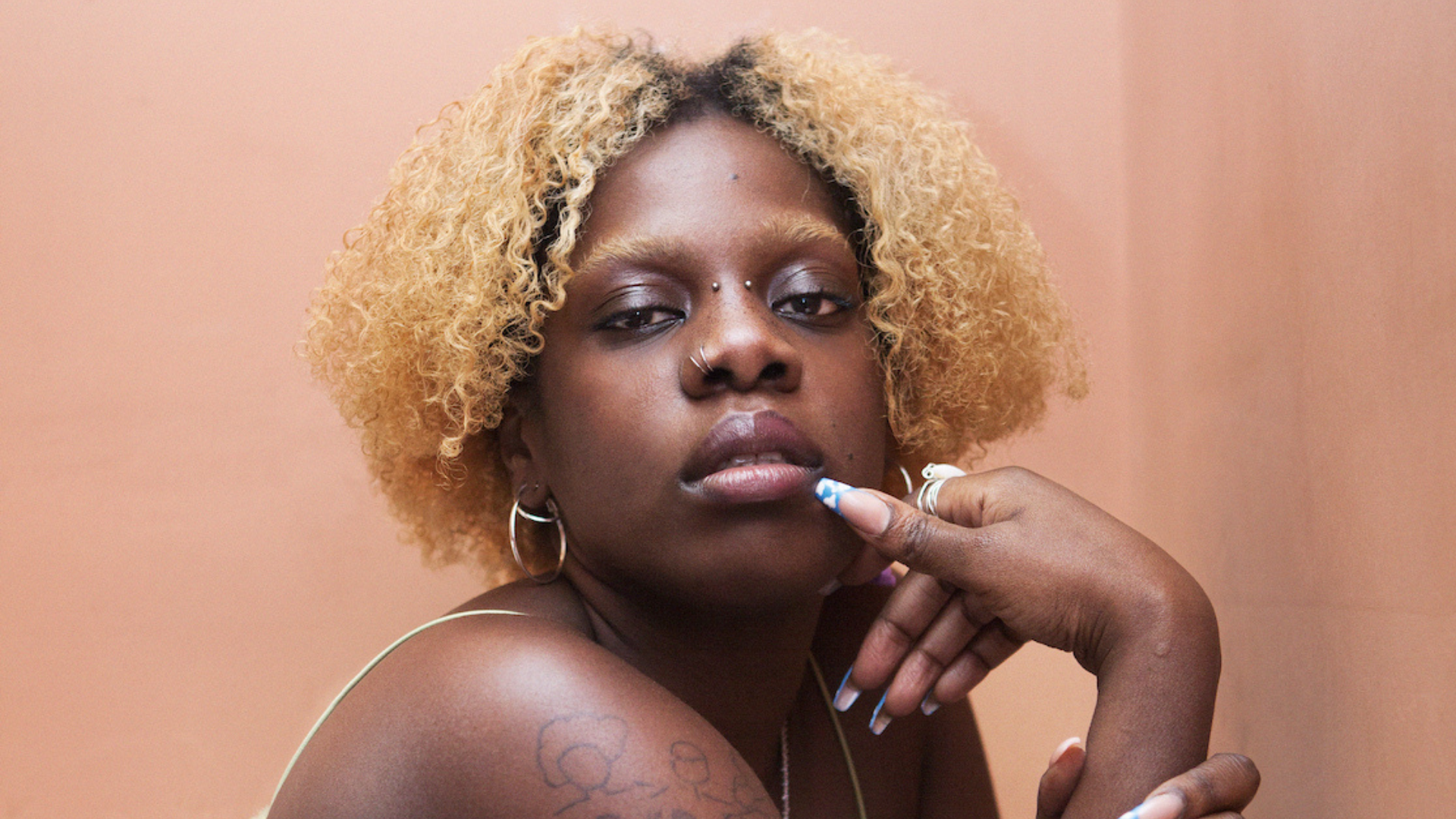 Liesel Burisch + Karin Salathé: Fathoeburger, 2022. Photography / production still. A young black woman sits facing to the right and looks into the camera. She has long nails where the tip is light blue with small skies painted on. Her left thumb touches her lower lip. The background is pink.

In the evocative installation that the exhibition Bring Time essentially is, Liesel Burisch addresses the transitory space of the pre- and after party, their changeability and potential for indulging the fragile and temporary spaces in which relationships can arise and develop.

The exhibition’s central video piece Never Stop has been shot at O—Overgaden in the interim construction period between other exhibitions, as well as at bars, clubs and lent homes. In the alternating scenes that compile themselves in a cyclical shape, we meet various performers. Through dialogue and dance they reveal moments from the intimate slowness of party preparations, the freedom and collectivity inherent in the dancing and the conversations common at after parties. The movements and fragmented conversations blend with an electronic score that slowly and hypnotically fills up the exhibition space. The video is mounted on extensive scaffolding. The construction appears non-permanent something that can be quickly de- and re-constructed; temporary, just like the pre- and after party.

Based on scientific writing, manifestos and personal experiences Bring Time explores the transitory spaces before and after the party where the possibility of free expression released from prejudices, expectations and obligations, can seem even more obvious than at the party itself. The zines available at the exhibition – here reprinted in poster format – point to how the transitions between pre- and after parties, between night and everyday life – create space for the release of emotions and deeper conversations, anger and care.

Liesel Burisch’s (b. 1987) work often emerges from collective experiences and conversations, using large-scale sound and video installations to create seductive and hypnotic spaces for dialogue. Burisch is a graduate from Städelschule, Frankfurt and Universität der Künste, Berlin and also studied at California Institute of the Arts, Los Angeles.

The exhibition at O—Overgaden is the artist’s first institutional solo show in Denmark.

This exhibition is made possible with the support of: