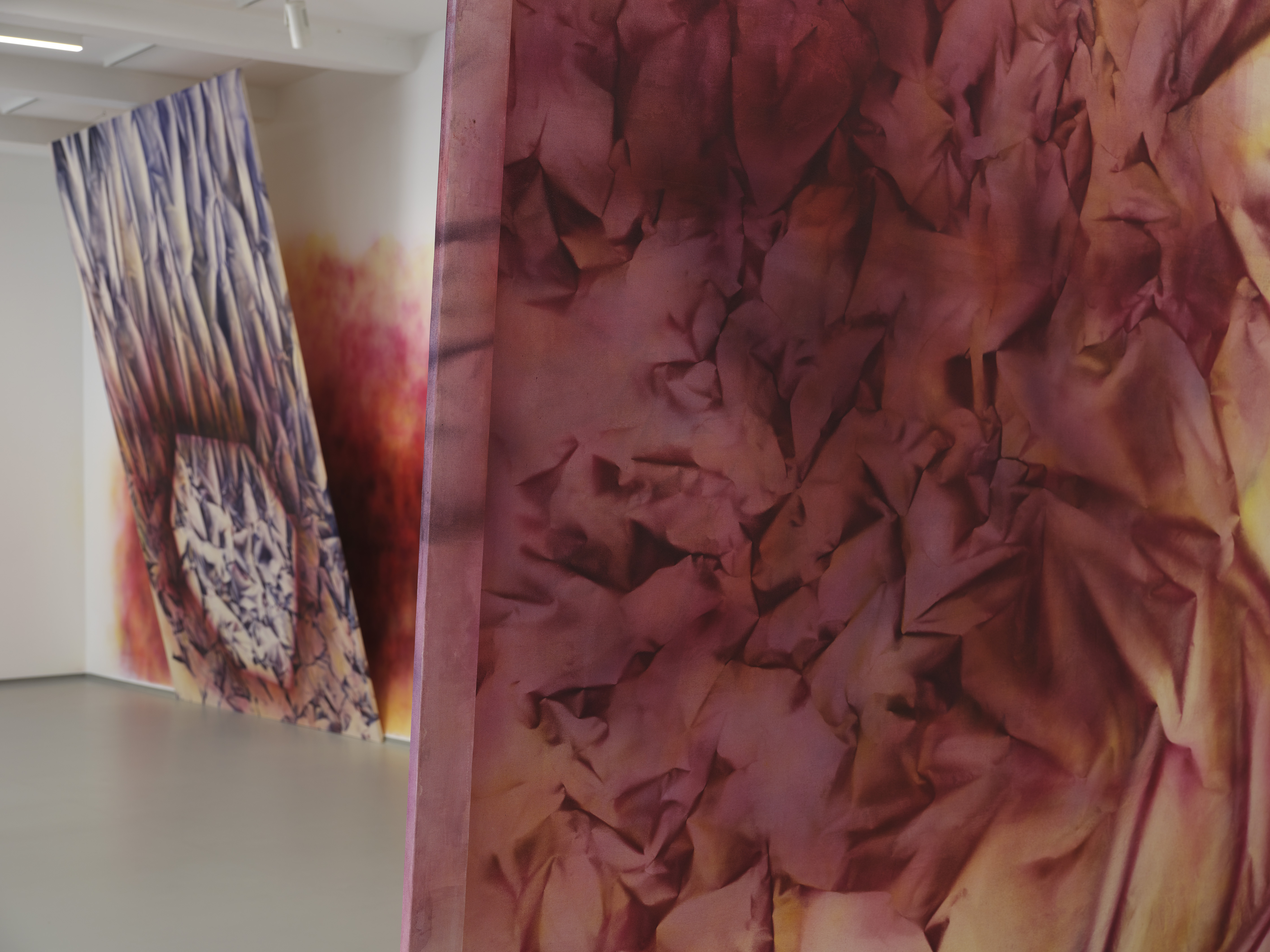 Imagine a matrix imploding, plunging you through an abyss of dimensions, like a hundred mirrors shattering. Imagine cubism on acid as if the squared shapes were multiplied, squeezed, and bleeding into organic shapes. Imagine a dirty, spiraling birth canal rewinding old masters.

It is this swirling, downward slide that creates the basis of Shadows in Pieces, emerging Danish artist Johanne Rude Lindegaard’s (b. 1987) first grand-scale exhibition at a Danish art institution, created specifically for Overgaden’s ground floor. Anchored in a personal experience of the shocking beginning of motherhood, Lindegaard has created a new series of eight monumental, abstract paintings each becoming physical, tactile portals to an illusory underworld.

Lindegaard constructs her giant motifs by folding her canvases into three- dimensional shapes. Building the thick fabric into sculptural layer cakes and then spray-painting it, she invites the acrylic colors to bleed and flounder in the cracks and folds of the canvases, before stretching them on their frames. The eight paintings are installed as architectural and sculptural objects, often to be observed from both sides. With titles such as Blind Spot, Tunnel, Wound, and Portal, the works divide the exhibition into chapters, granting the show a narrative undertone.

Most of the abstract works in Lindegaard’s series unfold around an epicenter—a hole, suggesting psychedelic channeling, sometimes exalting into something like a manic, bright elevation, sometimes into dissolution, loss of control, personal collapse. And that, in lieu of all its abstraction, is political. Pulling the idea of painting far away from a solely cognitive, optical experience, Lindegaard’s work demands a bodily, visceral perception, removing herself from any supposedly free space of abstraction instead moving toward a feminist insistence on heavy, carnal depth.

The exhibition is supported by the Danish Arts Foundation, Danish Art Workshops and Council for Visual Artists, Copenhagen.