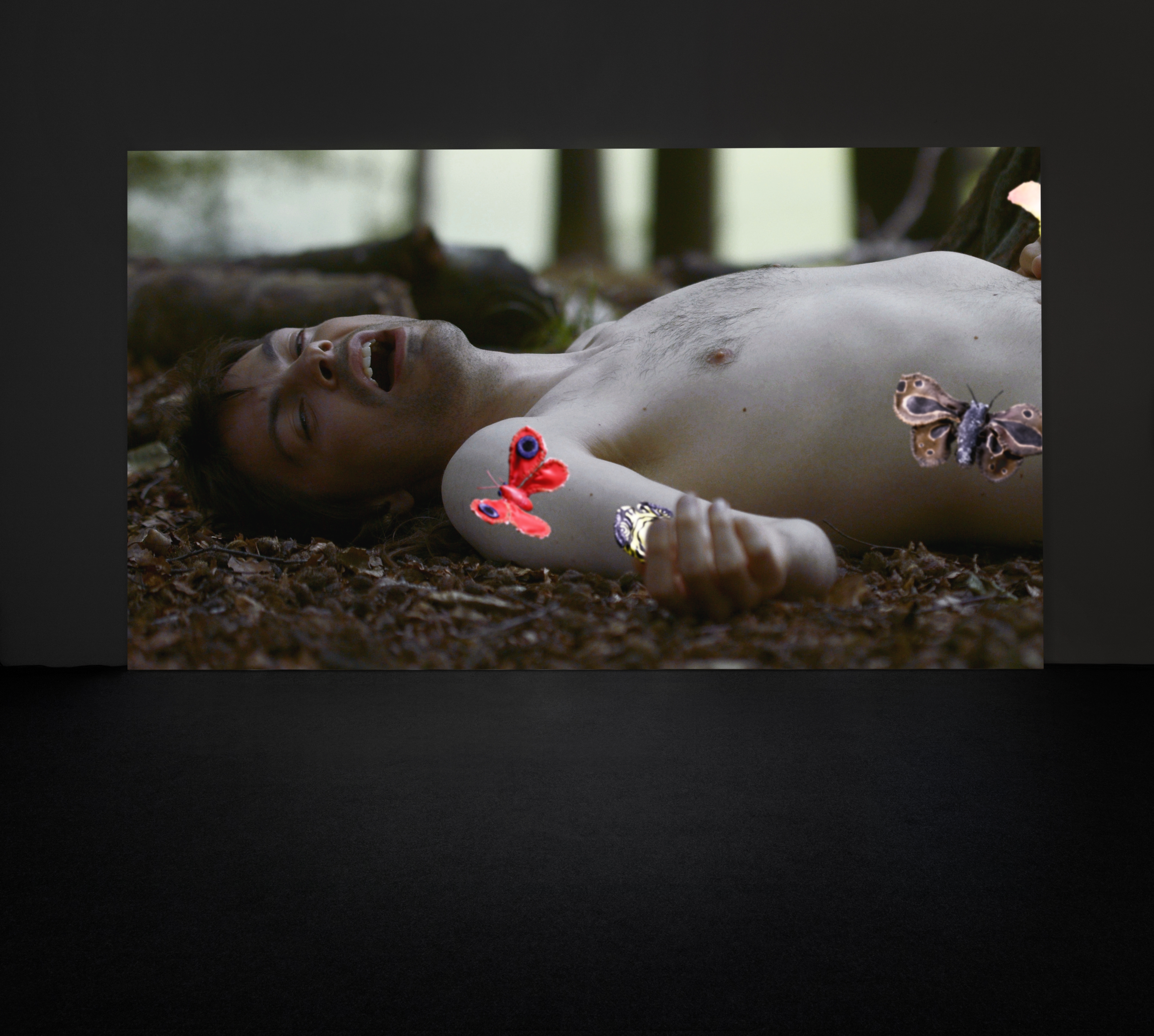 A heavy-metal hymn oozing contemporary doomsday apocalypse with a twist.

In his first major solo show – Lilith Grotto – Kim Richard Adler Mejdahl, cross-disciplinary artist and musician, presents seven new works of video, sculpture, installation, and interactive animation. With equal parts of dark humour, poetry, and absurd horror, Mejdahl transforms the entire ground floor of Overgaden into a disconcerting, gothic world of magic mirrors; an underworld where Christian codes are scrutinised and related to the innate brutality of nature and where the role of audience members as co-producers is central.

Entitled Lilith Grotto Mejdahl sets the tone by combining several conflicting religious references, playing on both life and death. Lilith, a name reputedly deriving from the flower lily, was a Jewish biblical figure later demonized by the Christian church. In many cultures, the grotto is a holy place, worshipped as a natural altar. It is a female metaphor and the ultimate symbol of the uterus. In Western funeral rites the lily flower is associated with human mortality, by functioning as a symbol of spiritual rebirth. Finally, ‘Lilith Grotto’ was the name of one of the largest Satanic churches in the USA during the 1960s.

Kim Richard Adler Mejdahl studied at the Funen Art Academy and graduated from the Royal Danish Academy of Fine Arts in 2019. Mejdahl has shown at venues including Kunsthal Charlottenborg, OK Corral, and Villa Kultur and screened his video works at venues such as CPH PIX, the Seoul International New Media Festival (KR), the CBS Digital Art Space (DK), the VOID International Animation Film Festival (DK), the Flat Earth Film Festival (IS), and the Animation Volda Festival (NO), and others. Moreover, Mejdahl releases electronic music under the alias Kim Kim, creating musical album releases, audio-visual concerts, and producing music for film productions. In 2018, he received the Spring Exhibition Solo Award for his video works ODE and No Ozone. The former was acquired by the National Gallery of Denmark for their collection.

Lilith Grotto is one of two parallel exhibitions created under the auspices of the Overgaden INTRO program. INTRO is developed with support from Aage og Johanne Louis-Hansen Fond and offers a special and resourceful one-year program intended to support newly-educated young visual artists in Denmark in their sustainable artistic development and international exchange. INTRO is a long-term development process, tailored by Overgaden to the individual artistic practice, including financial travel and production support as well as artistic, administrative, and technical advice from leading Danish and international experts in the field of art. The one-year process culminates in a major solo show held at Overgaden.