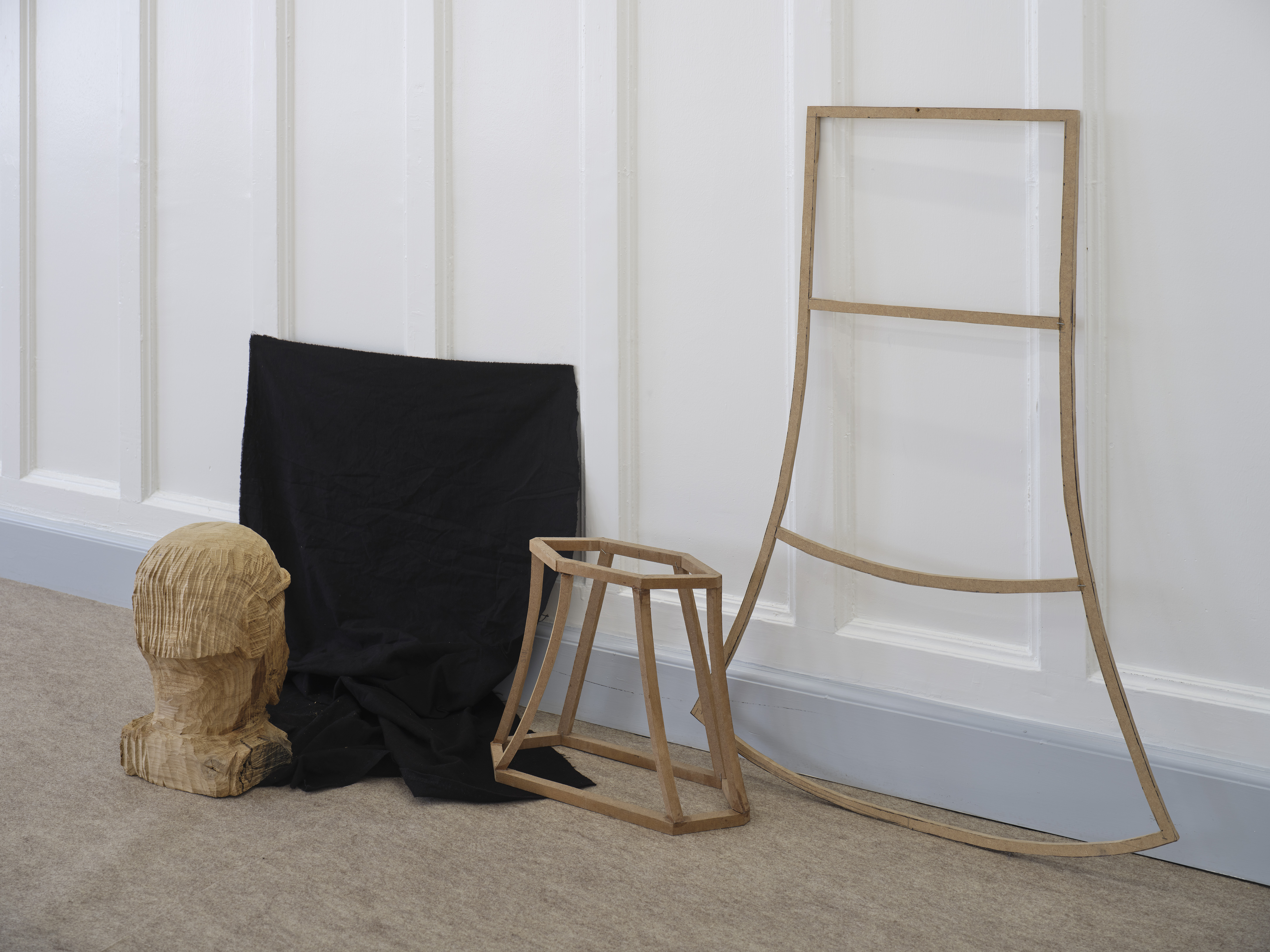 Kammerspil (Chamber Play) is Mannov’s first institutional solo exhibition in Denmark. The show functions as a total installation, built especially for Overgaden, playing with theater elements such as the stage, the set, and the classical drama.

The exhibition is constructed around two main elements: a stage set, marked out by a beige wall-to-wall carpeted platform in Overgaden’s old, majestic columned hall, and a 25-meter-long folding wall, on which Mannov places a series of 13 new collages. On the “stage,” a series of wooden drawers are scattered alongside pieces of clothing, as if someone had hastily emptied a dresser, potentially incriminating themselves in the process. A new series of video works alludes to the artist behind this mess—its ghostly puppeteer: we see YouTube footage of folding methods for clothing, yet the hands have been removed.

From this strange theater—in this play with emptying drawers and unfolding space, this “chamber play”—the viewer becomes an Agatha Christie figure in search of clues that can solve the riddle of the artwork. Thus, Mannov puts the many different illusory inflections of the artistic “act” under the microscope. The drama of the slippery slope from crime or disguise to artistic performance or artwork is played out.

Carl Mannov (b. 1990, DK) is a visual artist who graduated from the Oslo National Academy of Fine Art in 2014. Since then, Mannov has exhibited in Denmark and internationally, including at Gallery Christian Andersen in Copenhagen, Kunsthall Oslo, STANDARD (Oslo), and Parc de la Fonderie in Brussels, and he recently took part in in the group show FED LER at Gl. Holtegaard, Holte.